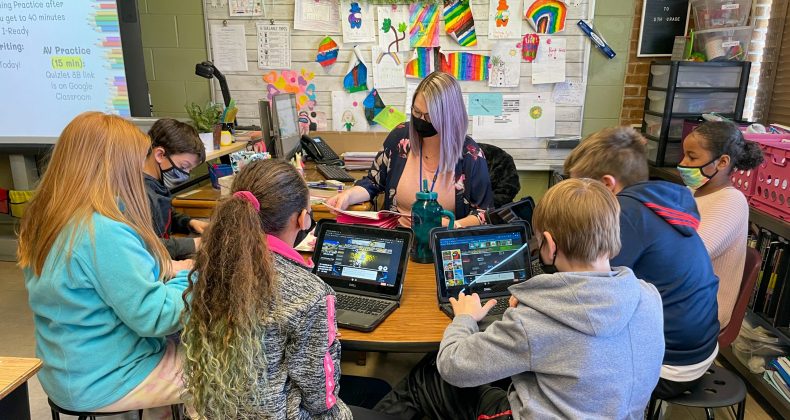 Wright Elementary School believes that all students can learn; it just might not be in the same way or in the same amount of time. We feel it is important to target students’ needs and help move all students forward in their learning, whether they need extra help, are right where they need to be, or need to be challenged. Wright Elementary develops a foundation for successful, confident, life-long learning.

There are several co-curricular activities that are available for students attending Wright Elementary, including a walk/run club.

Wright Elementary School’s parent teacher association (PTA) funds enrichment nights at least twice a month. Sometimes the focus is more academic and other times it is centered on fine arts. Our PTA hosts many activities throughout the year. We have a monthly Wendy’s night when staff and families eat and visit. The company donates a certain percentage of the proceeds from that evening to our school. Our PTA helps set up and work our book fairs, and they also have Muffins with Mom and Donuts with Dad, and grandparents breakfast each year.

Wright Elementary has volunteer opportunities for families and community members. Additionally, Wright has a community partnership with Rockwell Collins—employees are pen pals with our third, fourth, and fifth grade students.

On November 11, 1954, Wright School opened its doors to its first 517 students. Originally built with 13 rooms, seven more were added before the building opened.

Wright was named as the result of an essay contest sponsored by the Cedar Rapids Gazette. A Franklin Junior High student, Paul Atherton, submitted the winning essay. He wrote, “Cedar Rapids should be proud to have had the Wright Brothers living in Cedar Rapids at the time they received, from a toy, their inspiration to fly. A building of learning named after these famous men should be an inspiration to any youngster.” The naming of the school corresponded with the 50th anniversary of the Wright Brothers’ first powered airplane flight.